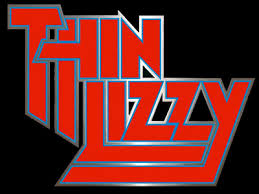 As a follow up to my previous post about rediscovering Thin Lizzy and front man Phil Parris Lynott all over again, I have been listening to their songs more than ever for the past few weeks and falling in love all over again! Something that is puzzling me though is how could I have been such a huge fan of theirs but not know until a few weeks ago that Phil was dead and has been dead for over 32 years? The only thing I can think of is as I grew older and became a mother, life happened and I was so involved with my children and my studies that I lost track; but 32 years of not knowing? Maybe I did know at the time but was so involved with making sure my children were well taken care of that I didn’t have time to really elaborate on it. Marriage, children, work, college, life, etc., is quite a lot on people and that’s the only explanation I have.

I do know it hit me really hard a few weeks ago as I pulled them up on YouTube and started listening and seeing his last interview, the interviews with band members regarding his death, his statue and grave along with the interview of his mother, Philomena and his then wife, Caroline. I went into total shock and cried. How can this be that this many years has gone by and I started back tracking my own life and examining it and the only thing I can honestly come up with is that Life Happened and I was so engrossed with my sons and education, that somehow it was pushed out of my memory. “Still unsure.” The fact is, I know now and am savoring each and every song and the memories of this band. I do realize that in the Unites States, they were not as huge as they should have been, so there were only a few of their songs on the radio and/or MTV.

The sultry, soulful vocals of lead singer Phil Lynott with that beautiful Irish accent gives an extra bang to each song sang. His charismatic charm and the way he worked the crowd and just oozed with sex appeal was the icing on the cake. Brian Robertson & Scott Gorham were known to work the crowd as well.

The instrumental talents of each member brought a fiery explosion of excitement to each performance. The members of the band changed throughout the years, giving way to other performers having an opportunity to play and tour with this great band. Many talented artists have expressed their sincere gratitude to Phil Lynott for giving them the opportunity to play with Thin Lizzy and his other bands.

The original band was led and run by writer, singer and bassist (and occasional acoustic guitar player) Phil Lynott. Thin Lizzy disbanded when he decided to end the group.

Songs I’ve been listening to:

Boys are back in Town, Black Rose, Emerald, Still in Love with You, Got to give it up, The King’s Call, Philomena, Bad Reputation, One Wish, The Sun Goes Down, Sarah, Cowboy Song, Jailbreak, Old Town, The Rocker, The Spirit of Man, Ode to a Black Man, The Rocker, Thunder and Lightening, Angel of Death, Chinatown, Hollywood (Down on your Luck), Don’t Believe A Word, Dancing In The Moonlight (It’s Caught Me In It’s Spotlight), Rosalie, Waiting For An Alibi, Do Anything You Want To, Somebody Else’s Dream, Chinatown, Mexican Blood, Killer On The Loose, Whisky In The Jar, Out In The Fields, Nineteen, (Gary Moore & Phil Lynott), Pariesiene Walkways (Gary Moore & Phil Lynott), Wild One, Fighting My Way Back, Showdown, Dear Miss Lonely Hearts, That woman’s gonna break your heart, Can’t get away, A Night in the Life of a Blues Singer & The Man’s a Fool.

It’s incredibly amazing how Phil was able to write so many songs, perform these songs plus find time to work with other great artists like Huey Lewis, Mark Knopfler as well as countless others. It has been so great to have the ability to listen as well as watch this amazing band perform and Phil sing these songs, weather it be with his band T.L., solo or with the other bands he formed. I can’t help but say that I did experience great sadness listening to his voice and knowing this incredibly gifted, talented and genius of a singer, songwriter, poet and artist is no longer here in the land of the living.

Songs, “One Wish, The Sun goes Down and Still in Love with You,” have a way of tugging and pulling at your heart as you listen to Lynott’s sultry, melodious voice and feel through his vocals the pain he must have felt while writing each lyric.

With that being said, I must say, that Gary Moore is much missed as well and both he and Phil Lynott made huge contributions to the music industry and the hearts of many fan. These two men and Thin Lizzy as a whole, are responsible for so many realizing their dream of becoming a performer. We can never forget Gary Moore’s bluesy voice and his ability to bring out the goosebumps on each and every listener as he played his guitar and sang. The death of these two men were a huge loss for the music industry and there will never be another Phil & Gary!

A famous quote from Phil Lynott: “I tasted freedom and I really liked it.”

I will continue listening to Thin Lizzy and will hopefully one day fulfill my dream of traveling to Dublin, Ireland to visit the grave and statue of the late, great Philip Parris Lynott. He has to be smiling upon his beautiful, strong & precious mother who has worked diligently to ensure his legacy remains intact and alive. I can’t even imagine the grief she experienced losing her son, and I can’t forget his ex-wife, Caroline who suffered a great loss as well and had to raise both daughters on her own without the love and support of their father.

One thing is for sure. Thin Lizzy will live on forever in the hearts and minds of their fans!

Rock on and rest in peace brothers!