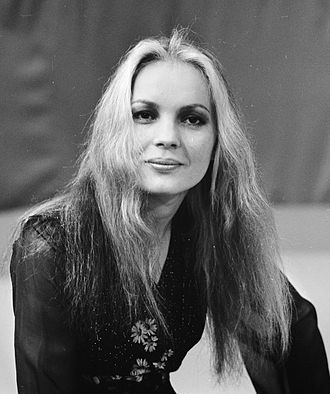 Chi Coltrane (pronounced “shy;” born November 16, 1948) is an American singer and pianist. Coltrane was born in Racine, Wisconsin. Her mother was Canadian, her father a German violinist, and she grew up with six siblings. When she was twelve, she gave her first piano performance. In 1970, she started the funk and blues band Chicago Coltrane. Two years later, she signed a contract with Columbia Records and her debut album was released. The first single, “Thunder and Lightning,” was a hit, and peaked at #17 on the Billboard magazine chart. She enrolled in the Salter School of Music in Los Angeles, and the following year she released her second album, Let It Ride, which in Europe became even more well-known than her first album, but was not successful in the US. This was followed by Greatest Hits and Best Of (both in 1975), and Road to Tomorrow (1977).

In 1977, she moved to Europe and lived there for several years. European new wave music influenced the three albums she recorded for Teldec during the 1980s. After The Message (1986), her next album appeared ten years later and was a reissue of her debut album.

In 2009 Coltrane resumed her music career, releasing a new compilation The Essential Chi Coltrane – Yesterday, Today & Forever. The collection featured material from her 1980s albums Live!, Ready to Roll, and The Message. It also contained three new recordings, including the title track which featured a string arrangement by Paul Buckmaster.

I tell you it’s frightening, ooohooo!
Thunder and lightning
And you’re in control