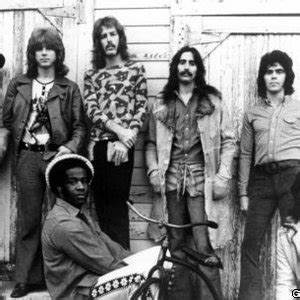 When listening to this song, you can’t help but be thankful and grateful for another day of life.  What a timeless song that still fits in with the times we are living in today! The entire band is just great and the guitar at the beginning of the song can’t be beat.  This song makes you want to dance the night away!

This uplifting Soul-Rocker was written by the Motown songwriters Dino Fekaris and Nick Zesses; the pair’s compositions include “(I’ve Given You) The Best Years Of My Life” by Martha & The Vandellas, and “Love Me” by Diana Ross. Fekaris also co-wrote Gloria Gaynor’s “I Will Survive.”  Released in 1971 on the album “One World,”  I Just Want to Celebrate, peaked at #7 in the USA.

Rare Earth was the first all-white pop act signed to Motown Records, who created a subsidiary for them to record on which was conveniently called Rare Earth Records. The group was Motown’s effort to change with the times, not so much to appeal to a white audience, but to get songs on FM radio. In Motown’s system, they had studio musicians playing on most of the songs, so Rare Earth, which was a full band, didn’t fit their formula. This caused some problems as the group didn’t adapt well to the Motown system of recording all the instrumental tracks followed by vocals and overdubs. This song was their most successful original effort – they had hits with covers of “Get Ready” (#4) and “(I Know) I’m Losing You” – and it broke new ground for Motown, providing a Top 10 hit with a white group. One World was their third Motown release, and it was produced by a Tom Baird, who also worked with Diana Ross and Gladys Knight & The Pips.

This song has the weirdest way of turning up in the tiny pockets of culture. It was used in the final episode of HBO’s cult-classic TV series Six Feet Under, and it pops up in TV commercials all the time. Movie uses include Three Kings (1999), Invincible (2006), and Tropic Thunder (2008, performed by The Mooney Suzuki).

Rare Earth also carved out a bit of cultural relevance when they got a mention in Gil Scott-Heron’s work “The Revolution Will Not Be Televised,” where he speaks of the revolution’s theme song not being “sung by Glen Campbell, Tom Jones, Johnny Cash, Englebert Humperdinck, or the Rare Earth.”

Rare Earth is best remembered for this song, but their funk-rock grooves echoes today in groups like the Red-Hot Chili Peppers. Rare Earth remained in business through the ’00s but went through a crowd of members since their founding – three of the original six were dead by 1993. Here’s Rare Earth’s official website. Don’t let the 1998 web design throw you – they’ve still been releasing albums in the 2000’s.