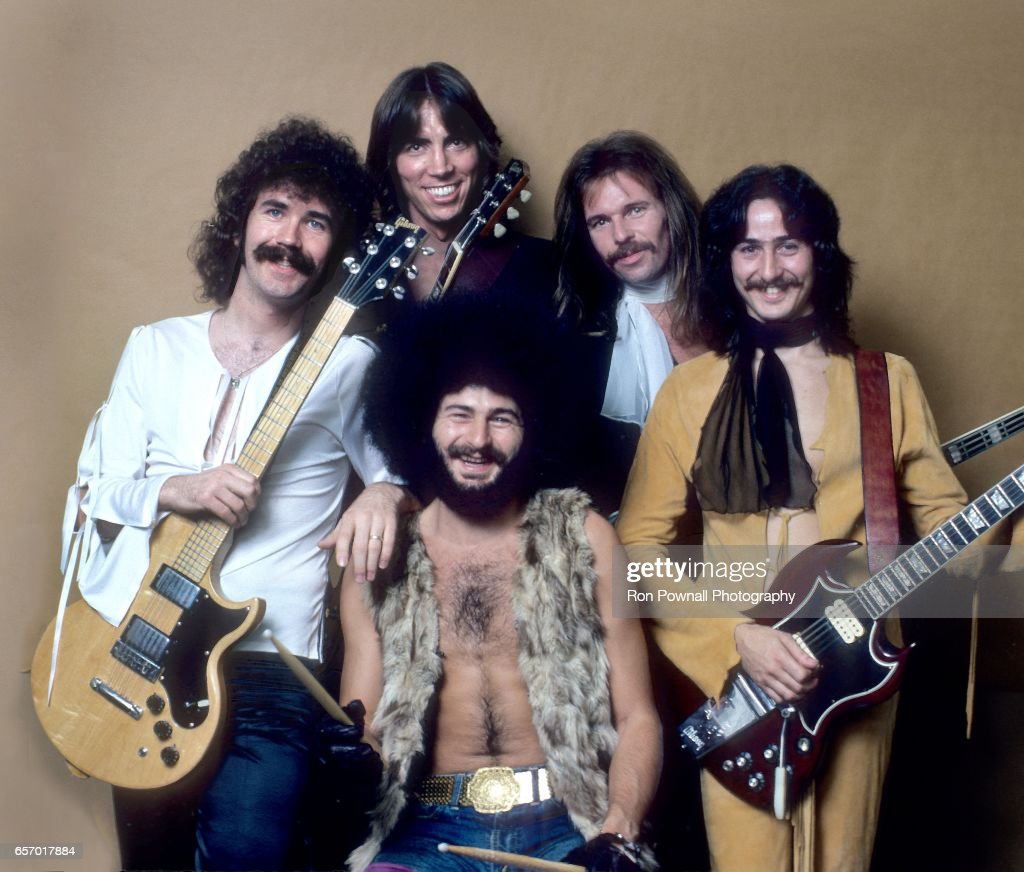 This is such a beautiful, yet sad ballad.  If I had to describe the guitar riffs in this song, I would say they are intense in a way that you can close your eyes and the guitar riffs make you feel as though you are floating on air, maybe out in the Universe or something. After Brad Delp’s death, I spent sometime trying to figure out this song and wondered if it was about him trying to express how he was feeling as to why he ended his life the way he did. I know it was written by Tom, but after the death of someone whom you thought had it all together and was on top of the world, it’s normal to wonder why. This is one of my favorite songs, and I enjoy listening to their music from back in the ’70s and do so quite often.

“A Man I’ll Never Be” is a song written by Tom Scholz and first released on Boston’s 1978 album Don’t Look Back. It was also released as a single and reached No. 31 on the Billboard Hot 100, spending five weeks on the chart. It also reached No. 27 in Canada.

According to Scholz, the lyrics for “A Man I’ll Never Be” came to him quickly after he completed the music Brad Delp sang the lead and backing vocals and Scholz played lead and rhythm guitar, organ and piano The only other musician on the recording was drummer Sib Hashian The song was mostly recorded at Scholz’s Hideaway Studio, although the piano part was recorded by engineer Dave Butler at Northern Studio in Maynard, Massachusetts, allegedly because Hideaway was too small to fit the piano.

“A Man I’ll Never Be” is a change of pace from the songs on Boston’s debut album and some of the other songs on Don’t Look Back. AllMusic critic Tim Sendra claimed that the song reveals “a reflective side that was nowhere to be found on Boston”. Paul Grein of Billboard commented on the song’s “religious feel”, describing it as “the softest cut on the album” and noting that “it may well be a strong single.” Grein also commented on the song’s “moody organ solo” and “ponderous ballad sound”.Pete Prown and Harvey P. Newquist described Scholz’s guitar solo as long and dramatic. Ultimate Classic Rock critic Michael Gallucci described the song as “an introspective ballad”, unlike the band’s typical material.  Rolling Stone critic Ken Emerson compared “A Man I’ll Never Be” to Led Zeppelin‘s  lengthy classic song “Stairway to Heaven. On Boston’s official site, David Wild described the song as “a slowburning power ballad reflecting real grown-up concerns and lived-in reality”. Craig Rosen of Billboard also described the song as a power ballad.

Greil Marcus, writing in New West magazine, described the song’s subject as “how hard it is to live up to a girl’s image of a boy”. Marcus cited the bravery of the lyrics, in which the singer acknowledges his inadequacy, and described the theme of the song as “the wimp redeemed”. He further explained that the singer sounds “trivial” and “insufferable” at first, but as the guitars in the background build, he achieves a measure of glory in his suffering with the lines “You look up at me/And somewhere in your mind you see A man I’ll never be”. Marcus concluded that although the singer never achieves the peace of mind he is seeking, “he is allowed a sense of self, of justification, and one comes away convinced that existence, no matter how miserable, is not meaningless”.

Emerson similarly saw the theme of the song to be apprehension “with failing to be a man.” He noted that the lyrics sometimes contradict the lyrics of other songs on Don’t Look Back. For example, a line in the title track says “I’m much too strong not to compromise”, but one from “A Man I’ll Never Be” says “I can’t get any stronger”. “A Man I’ll Never Be” also has a line stating that “Emotions can’t be satisfied”, which contradicts the title of its follow-up single, “Feelin’ Satisfied”. Emerson concluded that the song “both distills and expands upon this knot of despair, which contrasts with the architectural magnificence of the song’s musical accomplishments”.

Marcus rated the song as one of three masterpieces on Don’t Look Back, along with the title track and “Used to Bad News”. Billboard similarly rated the song as one of the best cuts on Don’t Look Back. Billboard called it “a slick ballad with searing guitars and Brad Delp’s fluid lead vocal highlighting.” Gallucci and Craig each rated it as Boston’s 10th greatest song. Los Angeles Times critic Jon Matsumoto called the song “a grandiose guilty pleasure”. According to Paul Elliot, the song is a favorite of Def Leppard bass guitarist Rick Savage. On the other hand, Milo Miles of Boston Phoenix called it a long stretch “of immaculate self-abuse”.

Boston played “A Man I’ll Never Be” live on the tour supporting their first album in 1977 before recording it for Don’t Look Back. Delp played the keyboards for these performances. Ottawa Journal critic Mike Volsin stated that the song’s slow melody showed that Boston “can settle into the slower mood without any difficulty”. Referring to a live performance of the song prior to its release, Peter Robb stated that Delp’s voice “stood out like a shining light”.

You look up at me
And somewhere in your mind, you see
A man I’ll never be