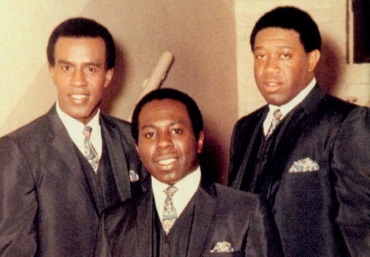 A beautifully written song that is a fantasy that one can’t help but see in their own imagination as the lyrics lay out each detail of this man’s love and desire for the woman of his dreams.  I love the Impressions version, but it is Bryan Hyland’s version that I remember and fell in love with during my teenage years!  I’ve added Bryan’s version of this song as well.

Written by lead singer Curtis Mayfield, this song is about a man who is part of a traveling caravan who falls in love with a gypsy they encounter along the way. Mayfield was probably inspired by the Western movies he enjoyed.

To the best of our knowledge, this is the biggest hit featuring castanets, which keep the rhythm and play to the gypsy theme.

This was the first song The Impressions recorded without Jerry Butler, who fronted the group in the ’50s but left for a solo career. Curtis Mayfield kept working with Butler as a guitarist and songwriter, and when Mayfield wrote “Gypsy Woman,” he regrouped The Impressions and recorded the song with them, taking over for Butler as their frontman. The song was a hit and The Impressions soon became regular chart-dwellers, racking up 30 more Hot 100 entries in the ’60s.

According to Curtis Mayfield, it was the group’s manager Eddie Thomas (who named the act, telling them “you gotta make an impression”), that got this song onto the radio. Thomas would personally stop by radio stations and peddle the song. He got some takers in Philadelphia, and when the song got some attention in that market, it took off elsewhere.

In 1970, this became the last hit for Brian Hyland, when he took the song to #3 in the US. Hyland’s biggest hit was “Itsy Bitsy Teeny Weeny Yellow Polka Dot Bikini.”

She danced round and round to a guitar melody
From the fire, her face was all aglow
How she enchanted me
Oh, how I’d like to hold her near
And kiss and forever whisper in her ear

All through the caravan
She was dancing with all the men
Waiting for the rising sun
Everyone was having fun
I hate to see the lady go
Knowing she’ll never know
That I love her, I love her

3 thoughts on “The Impressions – “Gypsy Woman””